At the time of the birth of the Reverso in the 1930s, the watchmaking world was dominated by silver dial pocket watches. Distinguishing itself from the other watchmaking manufactures, Jaeger-LeCoultre was one of the only one to offer a watch with coloured dials.The success of coloured dials has never faded, and over the decades colour became an important feature giving character to the Reverso. In 2021, Jaeger-LeCoultre reinterprets its colours in the Reverso with a deep green dial and a coloured matching strap, without compromising the integrity of the original design. Swivelling its case allows one to unfold its own story. 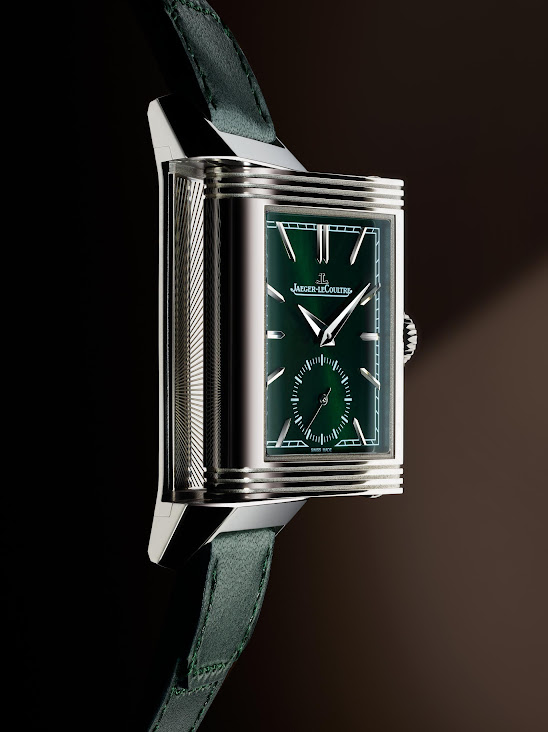 TRIBUTE TO 1931
The Reverso Tribute Small Seconds features the same characteristics today as the original design from 1931. 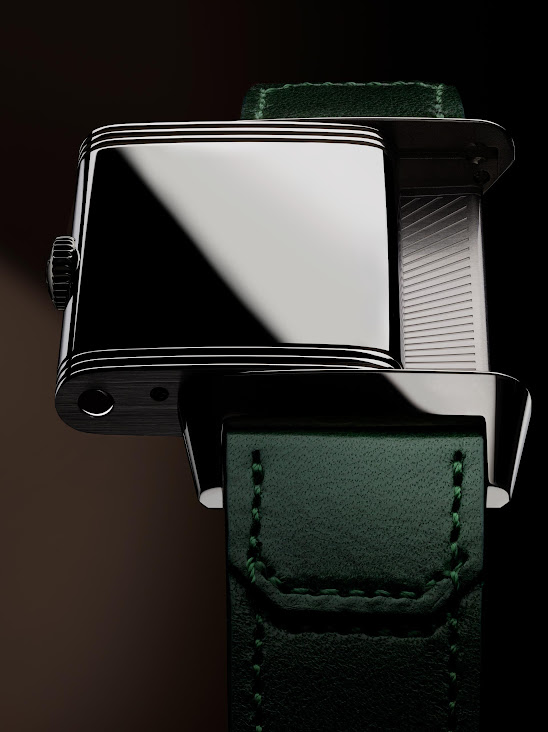 Ninety years ago, Jaeger-LeCoultre created the Reverso, an ingenious solution for polo players who wished to protect the glass of their watches while playing matches. With its swivelling case and distinctive Art Deco lines, it became a classic of 20th-century design.Reverso has continually reinvented itself without ever compromising its identity: it has housed more than 50 different calibres, while its blank metal flip side has become a canvas for creative expression, decorated with enamel or engravings. Today, 90 years after the Reverso was born, it continues to epitomise the spirit of modernity that inspired its creation. 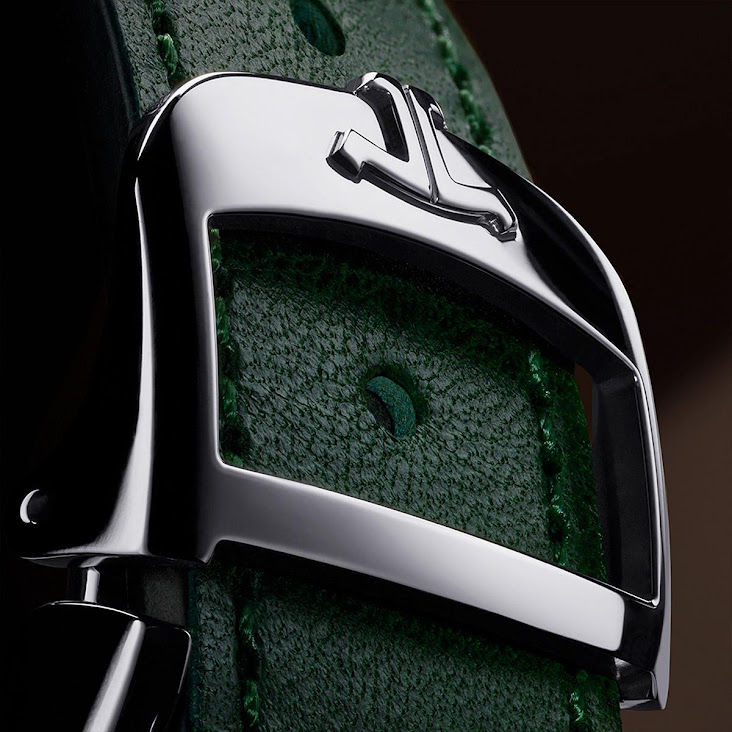 When the Reverso was created in 1931, the Manufacture immediately recognised the design’s wide appeal beyond the sporting arena for which it was originally conceived and, within the first year, began to offer colourful variations on the original silvered dial: in chocolate brown, black, red, burgundy or blue, the lacquered dials created a stylish and exuberant contrast with the metal case and made the Reverso appear even more modern and distinctive. 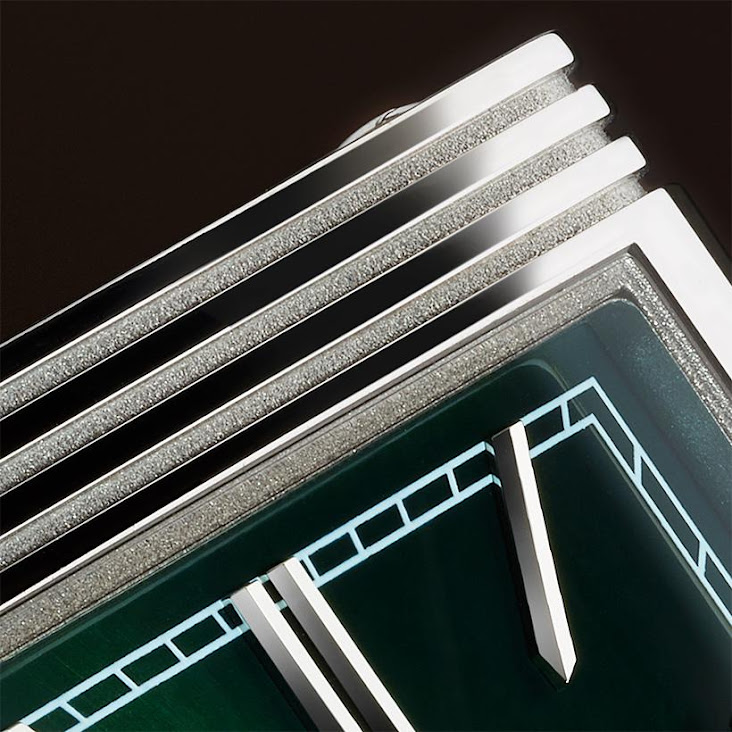 On the dial, the hours are marked by applied indexes rather than numerals. Their faceted shape echoes the form of the Dauphine hands and adds visual depth to the lacquered surface. In the lower half of the dial, the circular track of the small seconds display provides a counterpoint to the linear geometry of the dial and case.
The rich tone of the sunray-brushed lacquer dial and matching leather strap is reminiscent of the deep green of the pine forests that surround Jaeger-LeCoultre’s home in the Vallée de Joux. Echoing the sunray brushing of the dial, a deeply etched sunray pattern on the inside of the cradle is visible when the case is flipped over. 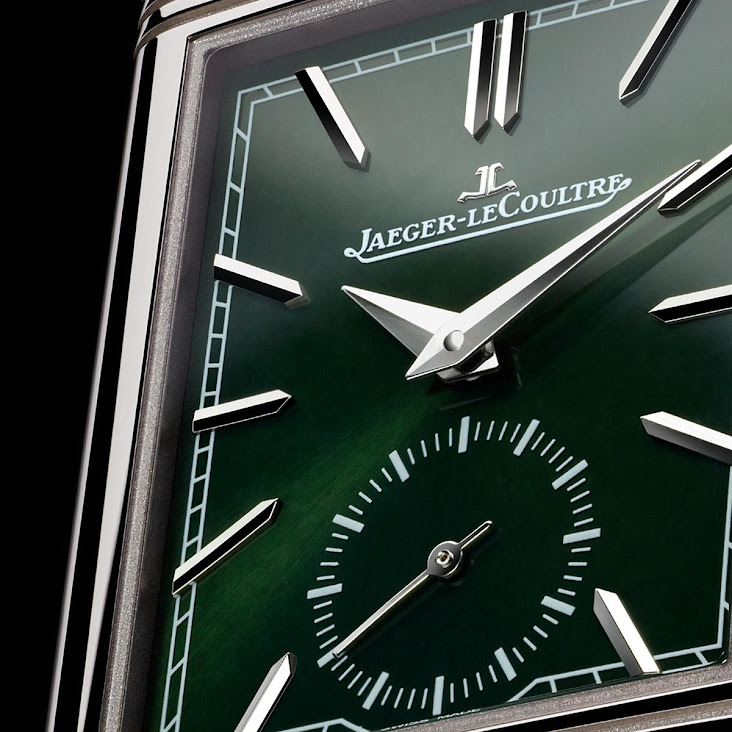 UNFOLD YOUR OWN STORY

The design of the Reverso had another, unexpected benefit. While its blank metal flip side had begun as a purely functional solution to avoid damage to the dial, it became an ideal surface for personalisation with monograms, emblems or personal messages using lacquer, engraving or enamel.

The owner can keep this decoration as a personal hidden treasure or flip the case over so that its back becomes the front.

From its calibre to its case, every Jaeger‑LeCoultre watch is entirely designed, manufactured and assembled under one roof and the Calibre 822 is no exception. The small seconds in the aperture at 6 o'clock brings life to the dial and shows its mechanism is still beating.

A NEW TRIBE LANDS AS AN ICON ASCENDS